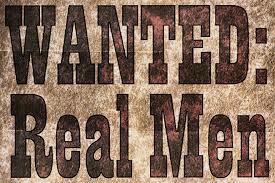 A famous film music composer has released a single for a Tamil movie that is dedicated to all women. It honors a woman in all her roles as mother, sister, daughter, friend etc. It is to motivate women to accept themselves as being strong and not weak.

Women are rising up everywhere to showcase their mettle, not as a challenge to or in competition with men, but as those complementing them to complete vital goals and projects. A glance at our nation’s history will throw up a number of names where, when men either failed or did not rise up or were killed in action, the women stepped in to preserve their homes and hearths. Remember Rani Laxmi Bhai, Jhansi Rani, Chand Bibi, Razel Sultan, Rani Mangamma, Velu Nachiyar and others who took up the reins when their men fell. Besides those who fought and participated in the freedom struggle, India post-independence has seen many achievements by women.

As pioneers and path-breakers, women have broken the glass ceiling in many fields, once thought to be the bastion of men. Women leaders such as Indira Gandhi, Margaret Thatcher, Kalpana Chawla, Michelle Obama, Indra Nooyi, Hima Das and others have been and become an inspiration all around. Women-centric movies such as Superwoman, Hunger Games and women-themed TV shows such as Xena the Warrior Princess are on the rise. This shift is not taking place only in the West, but also in traditionally male-dominated societies such as many Asian cultures.

Women are being mooted as able and dependable workers in contrast to men. They can multitask and juggle well both the responsibilities of home and work. They are versatile, willing learners, less ego-centric, stay focused and go the extra mile everywhere. They are not rolling stones seeking to jump to greener pastures, but are often content to evolve and grow in one place. Investing in them thus proves to be more advantageous to firms and companies since they will stick around.

While women have been reaching for the stars and stretching to the horizon, men have sadly lagged behind in every aspect and respect. They are often bound by culture restrictions, social norms and familial traditions, seeking to live in the past. Rather than moving with the times and walking in tandem with their counterparts, they retreat to age-old practices. Often insecure, they try to compensate by domination and intimidation, especially where women may prove to be superior in intellect and work. Sexual harassment and abuse are their favorite weapons, and derogatory and snide remarks their way to demean their female counterparts.

Rather than appreciate the richness women bring and seek to upgrade through assimilating their contribution, men often tear down  or demean their input. Instead of acknowledging the worth of a woman and promoting her abilities to add value to the team, men feel threatened by a woman’s credentials, especially when it is superior to theirs. Competition is in their blood and complementing without loss to dignity and authority is a concept so foreign and alien to them. Rare it is to come across a man who finds it easy to recognize and respect the gift a woman brings and the boon she is all around!

In a time when women are surging forward to find their voice and realize their potential, men are being left far behind – emotionally, rationally and even spiritually. In India and other Asian countries women seem to have the mind-set of the 21st century and men seem to still live in the past, often evoking the double standards that existed in a patriarchal system. Religion and social ethics are usually used to confine and control the ‘weaker sex’, rather than to promote equality and equinamity. As freedom of thought and expression will cause ostracization, women often tend to clip their own wings  and chop their own legs! Whenever some die-hard rises up to challenge the system, she would be branded and tarred as rebel and outcast!

Sis Nivetha, born Margaret Elizabeth Noble of Irish descent, was told by Swami Vivekananda, pointing to the opposite bank of the Ganges: `Nivedita that is where I would like to have a convent for women. Like a bird that needs two wings to fly, India must have both educated men and educated women.” She ended up opening a school for women and thus made hai dream come true. She motivated Subramania Bharati, the well-known Tamil writer, poet, journalist, Indian independence activist and social reformer, with her bid for women.  On learning that he did not bring his wife with him to the meeting of the All India National Congress  ‘as she would not understand about great Movements like the Congress’, she flared up: “How can one half of a society win freedom when it enslaves the other half? Let the past be forgotten. Henceforth, do not think of her as something different. Hold her as your left hand and praise her in your heart as an angel.” Inspired by her words, he wrote his seminal work on the new age woman and became a champion of women’s emancipation. A true change of heart at a time when extreme conservativism was at its peak!

Now and then there does rise a gem of a man who doesn’t feel endangered by the capacity of a woman or her beneficence. He is so secure in who he is, what he is capable of and understands the value of a woman, that goes out of the way to seek women of ability to be part of his home or his team. He will be man enough to admit he is wrong when he is and will not be frazzled or rattled by the ribbing of other men. He will be one who will smooth the way for women to shine and give them a helping over thorns and hurdles strewn in their path. He will smile with pride at their achievements, be it mother, sister, wife, daughter or team mate and make opportunities for them to flower and excel. Submission to such a man would be a delight to any woman and serving under such a man would be an honor to any woman. Rare is the man who will truly be a man and happy are the women who have such a treasure in their midst!

If ever there was one who was such in this world, it is none other than Jesus Christ Himself. Born as a man and living as a man, He is the true author of emancipation of the weak and downtrodden, especially women. He had women in his team who ministered to his needs and brought the element of care to his group, without which his work would have been incomplete. He defended them and stood up for them, wiping away their tears and their pain. He did away with their social stigma by entrusting them with major tasks and his disciples followed suit, not feeling challenged by women. In his eyes, women had the same worth as men and his role definition for them was never born out of meanness or spite, but of care for their protection and preservation.

Happy is the man who would emulate him and seek to be his true follower by imitating his example!