G Mohammed moved from Delhi to Chennai (then Madras, S.India) to open the Kashmir Art Palace in 1950.

The shop soon became known for its priceless Kashmiri carpets, jewelry, shawls and other artifacts from across the country.

Many of its customers were of British origin who connected this corner shop with their beloved novel and called it The Old Curiosity Shop.

The shop is stacked with curios, from vintage books and chamfer chests from Europe, rugs from Persia, jewellery from royal families of England to original Elvis, James Dean polaroids to 150-year-old carriage clocks and gramophone records.

It is one of the oldest antique stores in India.

*The picture for this week was so reminiscent of an old world shop that exists till today in my city of Chennai, capital city and IT hub of the South Indian State of Tamil Nadu, that I couldn’t help but write about it. I felt that many of you reading it would like to know something unique in a different land!

I myself have taken visitors to the shop to see its quaint treasures from times past and regions wide. If you are ever in my city you should take the time visit it! 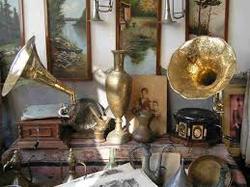 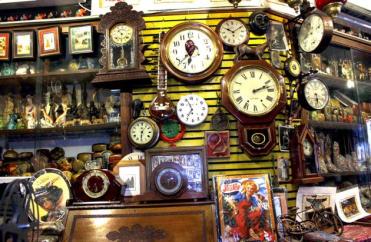 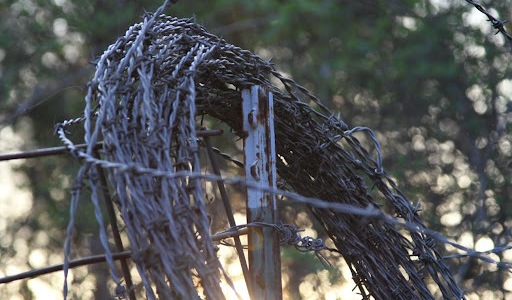 Today’s photo prompt reminds me of 2 things: A crown of thorns & a concentration camp. That’s why I have given an excerpt from the book THE HIDING PLACE (also made into a film) on the Ten Boom family of watchmakers, who worked to save Jews in Holland.

“And that’s when I saw him, working his way forward against the others.

One moment I saw the overcoat and the brown hat; the next, a blue uniform and a visored cap with its skull and crossbones.

It came back with a rush: the huge room with its harsh overhead lights, the pathetic pile of dresses and shoes in the center of the floor, the shame of walking naked past this man.

I could see my sister’s frail form ahead of me, ribs sharp beneath the parchment skin.

This man had been a guard at Ravensbruck concentration camp where we were sent. …”

*Corrie was in Ravensbruck with her sister Betsie in the concentration camp. Betsie died in the camp while Corrie was released. She was one who lived what she preached, viz. Forgive your enemies. During one of her meetings in Germany, she meets a former camp guard. Her reactions & subsequent acceptance of the man who stood before her as Christian are worth a read.

The title is also from one of her famous quotes: There is no pit so deep, that God’s love is not deeper still.

“God does not have problems. Only plans,” proclaimed Corrie ten Boom when a clerical error allowed her to be released from a Nazi concentration camp one week before all women prisoners her age were executed.

Though she was released from the horror of Ravensbruck concentration camp, Corrie continued to live with a remarkable reliance on God, just as her family had as they hid Jews from Nazi terror. Generations of ten Booms held Christian prayer meetings for Israel for 100 years prior to World War II. Traveling the world as an ambassador of the power of forgiveness in Christ, Corrie later established rehabilitation centers to help other Holocaust survivors.

One king, one sleepless night, one book and one reading.

Three days of fasting, two days of feasting, one queen and one request.

The rest is not just history, but crucial change in history!

Haman dug a pit for another, fell into it himself, lost honor, head, home and history.

Mordecai sat quietly at the gate, did good, gained it all.

At the heart of one’s loss and another’s gain was a book.

The king’s heart was in God’s hand and He turned it,

By a book, the book of historical  records!

*The story of Haman’s plot against Mordecai and his nation of Jews, the intervention of Queen Esther with an appeal to the great King Ahasureus, the subsequent prevention of a genocide, can all be read in the Book of Esther in the Bible.

FRIDAY FICTIONEERS IS A GROUP THAT POSTS ON A COMMON PHOTO PROMPT EVERY WEEK!

“Hurry, its just over this, on the other side”, I excitedly hurried my family.

Reaching the top, we looked down, panting, on a scene of decay.

Dumbfounded, I gazed on a place I had treasured long. My family averted their eyes, trying to hide their pity.

I had been so eager to share this with them, my past. I looked at the place again, tears blinding my eyes.

My husband gently hugged me, as my children trickled slowly back down.

Sometimes somethings may need to remain in the past, but as memories in the present,  he murmured.