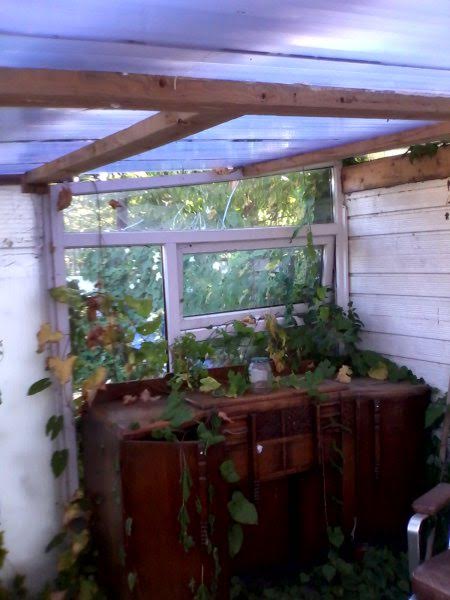 She cut through the swathes of money plant surrounding and hiding the house. Her mother had loved to nurture it because of the belief that it brought wealth.

Folklore was that the home where it flourished would overflow with wealth. However, unless you were fortunate to procure it from an empty place, you had to ‘steal’ it from someone’s home and plant it in yours. Otherwise, it would have no effect on prosperity!

It didn’t need much care, tending to proliferate and grow profusely. Her mother would religiously rejoice in its progress.

Her mother was no longer there, but it was!

*Epipremnum aureum is a species of flowering plant in the family of Araceae, native in Mo’orea, French Polynesia. The species is a popular houseplant in temperate regions, but has also become naturalised in tropical and sub-tropical forests worldwide, including northern Australia, Southeast Asia, India, Pakistan, Nepal, Bangladesh, Hawaii and the West Indies, where it has caused severe ecological damage in some cases. The plant has a multitude of common names including golden pothos, hunter’s robe, ivy arum, money plant, silver vine, Solomon Islands ivy and taro vine. It is also called devil’s vine or devil’s ivy because it is almost impossible to kill. It is sometimes mistakenly labeled as a Philodendron in plant stores.

It is known as money plant in India and Bangladesh.

E. aureum can become a highly invasive species when introduced into tropical countries where it is not native.

In Sri Lanka it overgrows several hectares of the Udawatta Kele Sanctuary in Kandy. Having no natural enemies, it completely overgrows the forest floor as well as the trunks of trees, causing severe ecological disruption.It has also invaded the Kurulukele Forest Reserve in Kegalla, Sri Lanka and other places where it has been planted as a decorative plant, or to hold steep banks along roads. It was included in the Florida Exotic Pest Control Council’s 1999 list of invasive species.

*Friday Fictioneers is talented group of enthusiasts penning down a story, a poem, a prose, etc.,  expressing their heart about a photo prompt, every week. Thanks for this week’s beautiful photo prompt © Sarah Potter